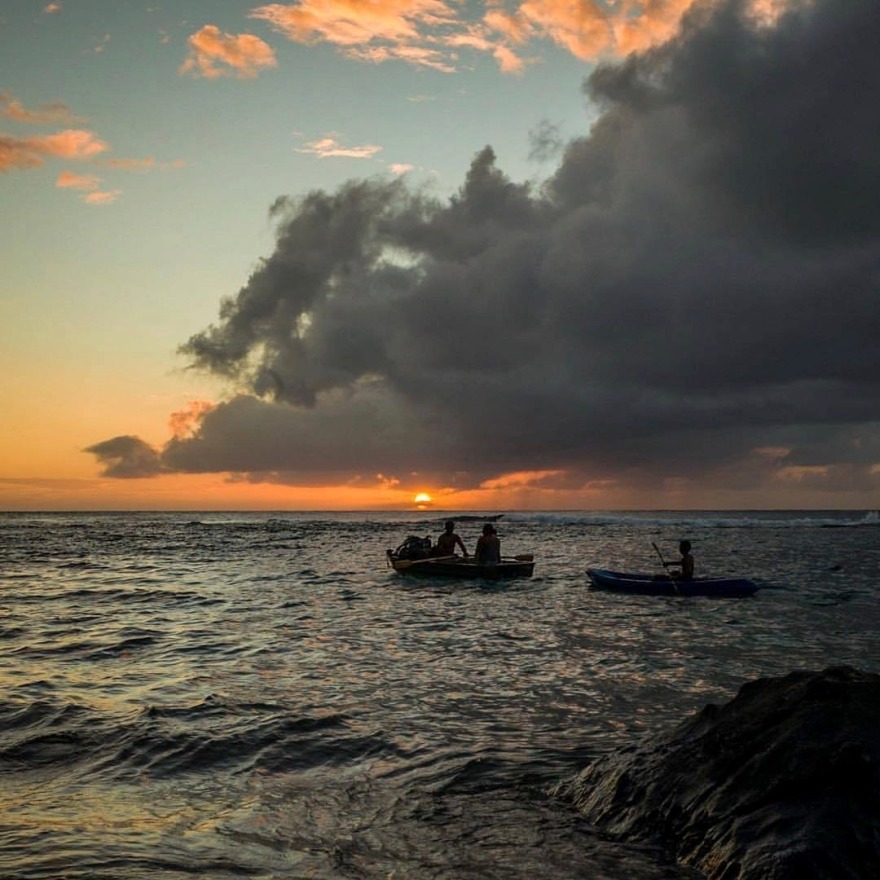 This would have been just a typical Hawaiian Sunset but just at the right time this family launched their boats and paddled off right in front of us. I overheard people complaining that they ruined their “perfect sunset” but for me I was excited and captured them at this moment just before the sun disappeared. Look for the opportunities to add a human element to a photograph to give it more impact and meaning. 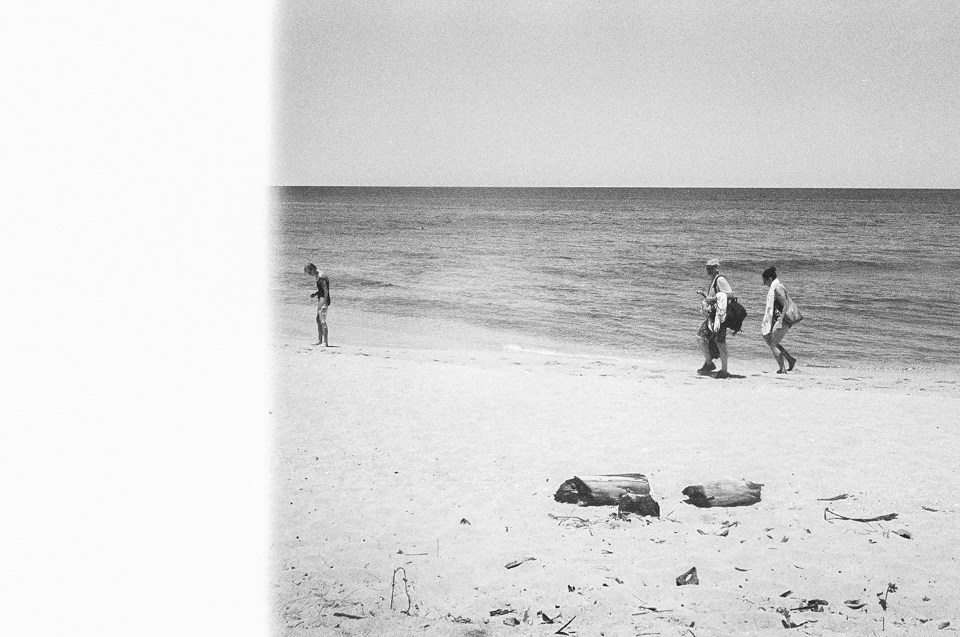 I don’t shoot a lot of film but I can only imagine images like this were common when photographers reached the end of the roll.  At first I was a little disappointed that the frame got cut off but after looking at it for a while I consider this a happy accident.  I like that the cut off is in front of the guy looking down and the guy in the back is looking at the empty space.  It makes me wonder now what was in that blank space.  I included a shot of the camera and film I used.  I was photographing sea turtles and fired this last frame before replacing the film with a new roll. 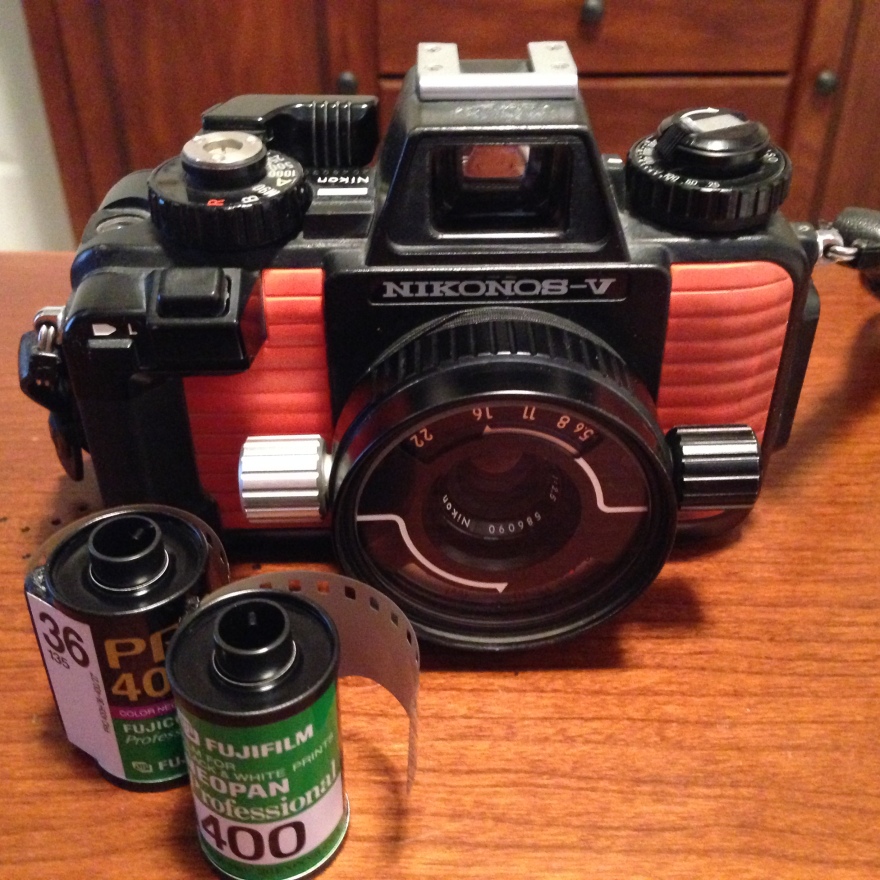 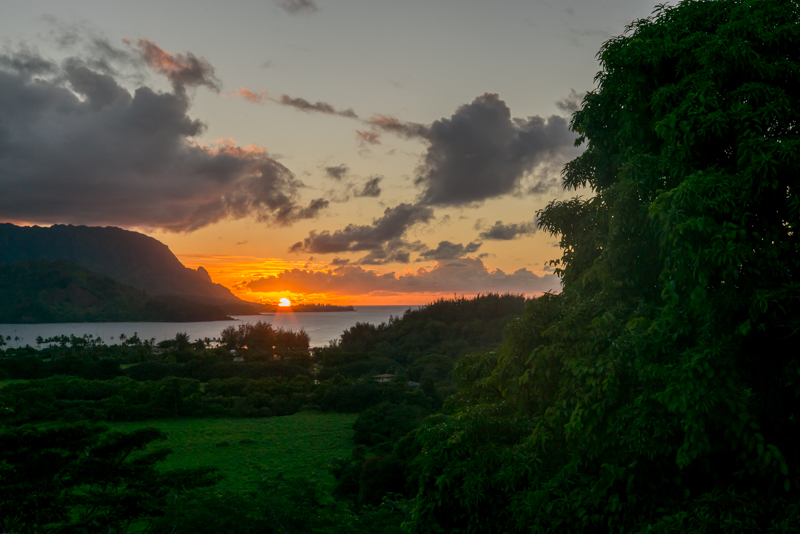 One of the great many things I love about Hawaii are the sunsets.  They never get old and I enjoy taking a break where ever I’m at to enjoy the last light of the day.